In order to promote gender equality in Indonesia, the church as one of the systematic and organized congregations need to be involved. The priests as leaders who provide teaching in the church hold a large role, especially the male priests whose number exceed the female ones and as a man, they are more resistant to the idea of gender equality. Therefore, this study wanted to see the gender role attitudes of male priests and their understanding of feminist theology that is closely related to the teaching of gender equality in the church. This study revealed three of them have the traditional gender roles attitude and they haven’t known yet the feminist theology. They believe there are different roles and attributes between women and men that must be addressed with respect to and help each other. While not demeaning women, such a view is still potential to perpetuate the patriarchal culture. However, it is interesting that these three male priests do not regard several themes of the feminist theology in the patriarchal perspective although not in the feminist point of view either. Meanwhile, based on the experience of the only one male priest in this research who has an egalitarian gender role attitude and a very good understanding of feminist theology, it seems that a strategy is needed in spreading the idea of gender equality that won’t provoke parishes’s refusal. Inserting it into the sermons, embracing the young people, and giving examples through the words and deeds in everyday life, are several ways that can be applied by the male priests who’d like to carry the gender equality on their teaching in the church.

This site uses Akismet to reduce spam. Learn how your comment data is processed. 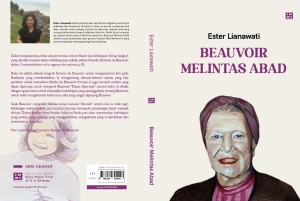